On 20 and 21 May, Dolne Miasto will be hosting installations, and presentations of interdisciplinary art projects, short films, and performance art. The projects is carried out within the framework of the international art/research project Corners, which gathers artists and researchers from ten European countries.

For two weeks before the presentations, the artist work with selected groups of residents, getting to know the “local colour” and deciding on the final shape of their projects whose form and message are to correspond to the reality of the neighbourhoods in question.

Corners is an international art project and a platform for European creators, researchers, and audiences to meet, develop, and cooperate. The project has been run from 2010 and the artist invited are involved in site-specific art, that is they are interested in how local features and peculiarities translate into universal values. An important objective of the project is also studying the possibility of reaching out to and establishing relations with local and European audiences.

From 2011 to 2014, artists and researches from Croatia, Basque Country, Northern Ireland, Kosovo, Poland, Serbia, Slovenia, Sweden, the UK, and Italy participated in numerous study visits to faraway corners of Europe to work together on art projects which have from 2015 on been presented in European cities. Now, they are coming to Gdansk.

The art projects involve local communities, that is the artists work in specific locations and contexts, with the residents of specific neighbourhoods. On the one hand, it brings uniqueness to each event; on the other – making use of elements of local narratives allows Corners to show some universal rules of functioning, feeling, and understanding.

From 2011 on, the City Culture Institute has been one of the institutions creating and developing the Corners project, which is funded by the European Commission. Owing to the cooperation between eleven cultural institutions and NGOs, the artists from Croatia, Basque Country, Northern Ireland, Kosovo, Poland, Serbia, Slovenia, Sweden, the UK, and Italy were able to create unique, multicultural projects.

Projects to see in Gdansk:

Put Yourself in My Place (Milijana Babić, Ida Hansson) 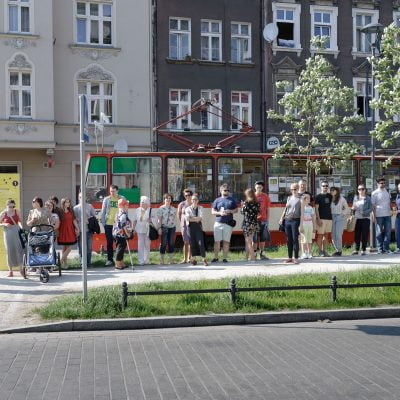