Corners behind the artist’s eye

Fourteen days, eight projects, twenty-five artists – these are the numbers, which constitute the upcoming edition of Corners art platform. Its main goal is the attempt to interact and bound with local and European communities. The artists opt for various artistic devices, they are not afraid to mix and play with forms as in the case of Oh My Home project, in which the history of created images gets simultaneously embedded into short recordings. Bridging the Silence, on the other hand, mingles visual effects with escalated sounds. Activities are spread around open spaces – bridges, streets, tours around particular districts, as well as closed spaces – blocks of flats, schools or retirements homes. Due to such extraordinary diversity we can dig into nooks and crannies of mechanisms, which establish local communities and their relationship with everyday surroundings, regardless of citizens’ age, sex, background or… keep out signs. Have the artists managed to get lost in the climate of Dolne Miasto? Did it change their view on themselves, their projects and most importantly, another human being? 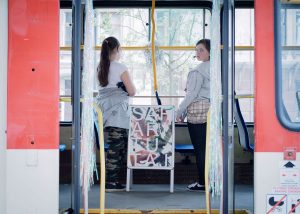 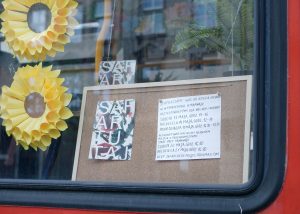 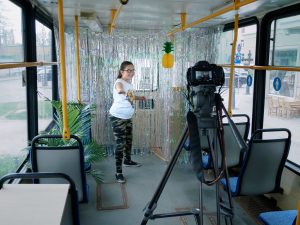 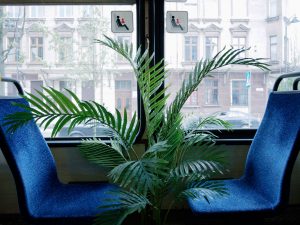 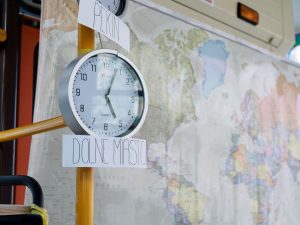 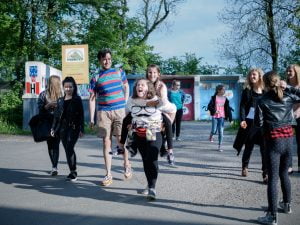 For the last two weeks the artists had a chance to carry out workshops across different age groups, but they also met many random people. Most of our guests have never experienced Polish culture before; they based their knowledge upon pieces they heard in mass media, therefore they were concerned about issues of increasing nationalism, tense political situation or racism. Fortunately, their doubts got quickly resolved.

People are very curious and willing to share their stories. We were unlucky in Sweden because of the cold weather, but the neighbourhood here looks a bit the same. San Sebastián was more vibrant. I like Dolne Miasto – you can feel that there is a lot of history behind here. Citizens are really eager to talk, but I can also see that there are many people with alcohol problems. This contrast applies to the architecture as well – in Dolne Miasto restored buildings mingle with abandoned ones. – says Helena Wikström, author of In.Between project. She is going to create personalised posters based on conversations she had with random citizens. Her work aims to reflect how they view Dolne Miasto and their lives here. 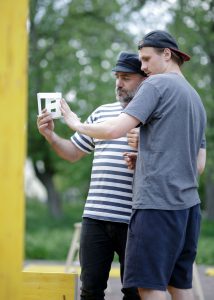 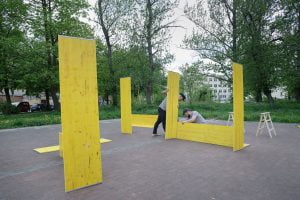 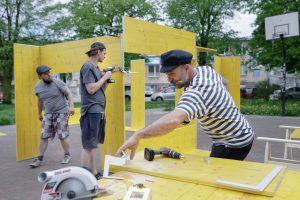 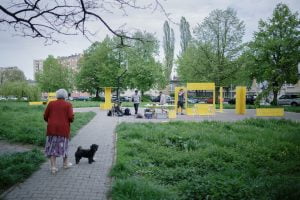 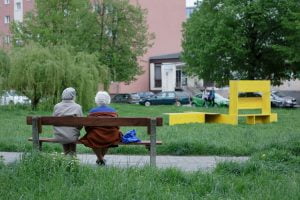 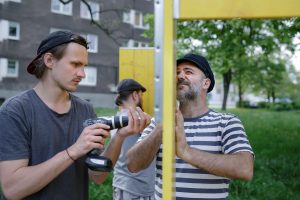 Saadia Hussain, Lalya Gaye, Ixone Ormaetxe, creators of Oh My Home project, also emphasise the uniqueness of that old/new mixture in Gdańsk, which was accompanying them during their stay in Poland. They claim that they go on research expeditions to places considered to be at the edge of Europe such as Kosovo, Basque Country or Northern Ireland.

In each place, one particular aspect of home became more prevalent. In Sweden it was immigration and xenophobia, in Kosovo – escaping from war, in England – poverty and social changes. Bags, which we use for our installation, are the element bringing all these places together. They are an everyday objects, but every community associates them with something else – laundry, shopping, but also packing all belongings and moving out. 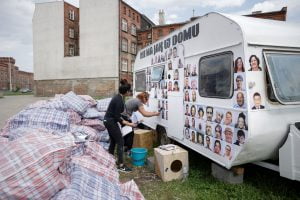 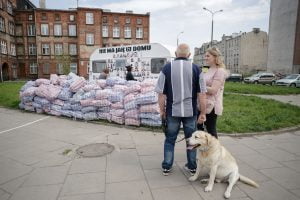 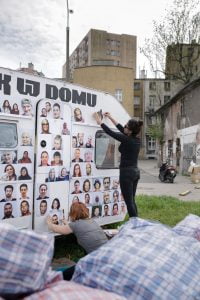 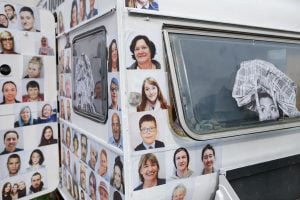 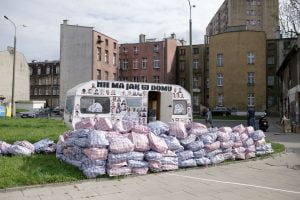 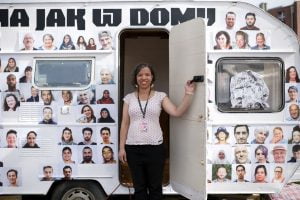 Corners serves as a great opportunity for discussion between generations. Michael Hanna and Acier Zabaleta from Windows project attempted to conduct the same workshops for two age groups. Junior participants had to answer some questions saying only yes or no. Children had to face various questions, both trivial and controversial ones. Their answers were juxtaposed with those given by their peers from other parts of Europe. Kaja Wiszniewska-Mazgiel, one of translators and participants of the festival, comments the event as follows:

Seniors weren’t willing to give straightforward yes or no answers. They explained that the answer isn’t always black or white; one needs to know the context and should avoid generalising. However, during Voiceover project, seniors absolutely fell in love with Bojan Mucko and Julie Myers. The fact that they had a chance to share their stories and finally got heard created a special bond between participants and artists. Bojan has already revisited the place couple of times!

Corners is not only about playing with a form, it’s an attempt to fit that form to
a narrative of another human being and his/her relationship with the environment, which surrounds and shapes him/her. All works will be displayed on 20 and 21 May in Dolne Miasto. We will get a chance to see various installations, performances or screenings.