Here come the results of the Gdańsk Film Fund

Two feature productions, an animation and a documentary have been co-financed by the Gdańsk Film Fund operating within the structure of The City Culture Institute. Each of the films is related to Gdańsk in terms of its location, plot, or through its heroes and heroines. The competition committee gave the highest ratings to the productions directed by: Jan P. Matuszyński, Maciej Sobieszczański, Łukasz Kacprowicz and Agnieszka Zwiefka. The pool of funds to be distributed was 1 million Polish zloty gross.

– I am very glad that the Gdańsk City Council has established the Gdańsk Film Fund that combines the task to fund films that are related to our city in terms of its narration and to support the local environment of filmmakers. The three-step assessment of applications provides a detailed analysis of the film projects. This first edition of the competition already showed that there was an interest in funds from the GFF and the jury had a lot to choose from. I hope that the selected films will not only promote Gdańsk on the screen, but also express the city’s openness to culture and its caring attitude for creators who raise issues significant to the modern world – says Agnieszka Owczarczak, Chairwoman of the Gdańsk City Council.

A total of 8 feature films, 7 documentary productions and 3 animations were submitted to the competition. They were subject to three-stage evaluation: formal, expert (artistic and economic) and strategic. Renowned filmmakers and creators were invited to make an artistic evaluation: Anna Różalska (film producer), Agnieszka Smoczyńska (director of, among others, ‘The Lure’ and ‘The Silent Twins’), Grzegorz Wacławek (producer and director of animated films), Jerzy Armata (film critic), Paweł Łoziński (feature film and documentary director) and Michał Marczak (director of, among others, ‘All These Sleepless Nights’). Zofia Jaroszuk and Anna Pachnicka, film producers, evaluated the economic side of the submitted projects.

– I am pleased with the level of submitted scripts, but also with the fact that we had a lot to choose from, seeing that the creators had very little time to take part in the first edition. For me, the value in itself is the animation, which one would like to say that Gdańsk is ‘the home of’. I sincerely hope that in these difficult times, the Gdańsk Film Fund will develop year by year, and the co-financed artworks will be well received by the public and the critics – adds Beata Dunajewska, councillor of the City of Gdańsk.

– The story told in Minghun is original, international, multi-genre. It introduces the viewer to a new, very inspiring and metaphysical world. I sincerely believe that such experienced authors as Jan A.P. Matuszyński, Klaudiusz Frydrych, Krzysztof Rak, Kacper Fertacz and Joanna Kaczyńska will add (each in their own field) additional layers to this project – assesses Anna Różalska.

– Director Maciej Sobieszczański is the author of the moving film ‘The Reconciliation’, Brother is to be his second film. This time the director invited a great cinematographer, Jolanta Dylewska to cooperate, which guarantees the creation of an original coming of age film – comments Agnieszka Smoczyńska.

In the documentary category 50,000 PLN – Runa, directed and written by Agnieszka Zwiefka.

– Agnieszka Zwiefka’s project touches on a topic not yet covered in the Polish document – the refugee tragedy that takes place every day on the Belarusian border. The authorities decided to divide the war refugees into better and worse. Those who are inferior, with a different skin colour are destined to a push-back, or often to death. The state of emergency introduced by the authorities in 2021 on the Belarusian border, that created a zone cut off from the world, with a ban on reporting the tragic events by journalists, reporters and filmmakers, acted as intended, that is, like censorship. Nevertheless, the talented and ambitious director was able to circumvent inhuman prohibitions and find moving heroes for her film – says Paweł Łoziński.

– Grand Banda is a series with a huge dose of positive energy, which is used to deal with everything that is not cool around us, personified here by the Moustache Gang, which brings together unkempt barbecue fans. It promises to be an extremely attractive series, wise and witty, and the guarantee of the success of the project is, based in Tricity, Smacznego studio – assesses Jerzy Armata.

The call for projects for the competition of the Gdańsk Film Fund is announced once a year. Producers applying for a financial contribution for their project under the Gdańsk Film Fund are obliged to submit an appropriate application available at www.gdanskifunduszfilmowy.pl.

Minghun, directed by Jan P. Matuszyński, screenplay by Grzegorz Łoszewski. ‘Minghun’ is a unique project that brings together outstanding creators. This is another film by Jan P. Matuszyński. The director became famous for his feature debut ‘The Last Family’, and as the creator of the series ‘The King of Warsaw’ he won the hearts of a wide audience. His last film, ‘Leave No Traces’, was qualified for the main competition at the Venice Film Festival. The author of the screenplay is Grzegorz Łoszewski, and the creative producer is Krzysztof Rak. It is a story about loss, hope, the desire for love, the search for the meaning of life and the answer to what comes after it. It tells about the most crucial emotions and existential limits of human experience. Minghun is a Chinese folk custom involving the marriage of two passed away people so that they can lead a happy life after death. For the main character, who in tragic circumstances loses a loved one, it is an excuse to travel deep into himself. The clash of two very different cultures has the aim to help realise both, film characters and the viewer that, regardless of one’s origin, we all belong to one human family, where basic emotions are shared.

Brother, directed by Maciej Sobieszczański, screenplay by Maciej Sobieszczański, Grzegorz Puda. 14-year-old Dawid could have become a judo champion if not for his explosive temperament and aggression, which are difficult for him to control. This is the only legacy of a brutal father who is serving a long prison sentence. Dawid tries to meet his mother’s expectations while taking care of his 9-year-old brother. One day he gets a life chance – he is invited to an international judo tournament in Gdańsk. But will he be able to overcome his weaknesses to take advantage of it? An emotional study of a brotherly relationship in the face of great pressure.

Runa, directed and written by Agnieszka Zwiefka. Observation document about the premature adolescence of a Kurdish teenager and her younger brothers after the tragic death of her mother in the Polish-Belarusian border. A story about building life from scratch, as well as refugees’ attempts to find themselves in Poland – a story taking place in the shadow of global political conflicts.

Grand Banda, directed by Łukasz Kacprowicz (Studio Smacznego). GRAND BANDA is a series about the adventures of eight-year-old Lusia and her two grandmothers – Kazia and Mirka, based on a comic book by Marek Lachowicz. At first glance, these old ladies seem to be ordinary retirees, leading a quiet life and caring for their granddaughter. But in fact they are retired secret agents, and when it turns out that they need to help their granddaughter, they always do it with the old proven methods they know best: old school secret agent tricks! Will Lusia together with her grandmothers discover how to solve the conflict of generations? Will they be able to join forces to teach the Moustache Gang a lesson to the three barbecue lovers who are leading the hard life of gangsters…? 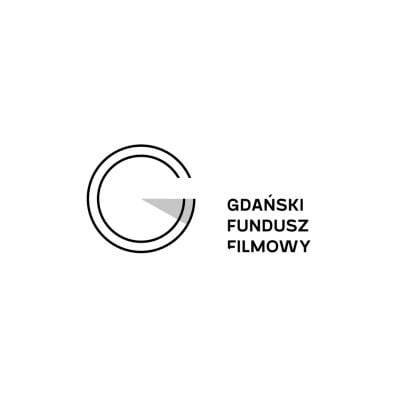