The anthropomorphic episode is the new instalment of the interdisciplinary, site-specific festival organised by the CCI since 2016 and combining music, drama, performance, video, and other forms of art. This year’s episode will be directed by Jan Klata, a theatre director, currently of the Helena Modrzejewska National Stary Theatre in Krakow. The event will be taking place in September at the Harcerska Baza Obozowa Morena scout campsite located at Jaśkowa Dolina street in Wrzeszcz.

The creator of the anthropomorphic episode, Natalia Cyrzan of the CCI says,

The event will focus on several aspects of what may be generally called “the animal question”. As we all remember from our school years, “anthropomorphism” is the attribution of human traits to animals. In theory, it is to sublimate and elevate an animal from its “flawed” existence – the animal becomes a subject through its resemblance to a human, i.e. when it speaks, gives us a sad look, or eats pasta with its two paws like a kid would do. However, the animal studies – a field of study which has been developing for several decades and which has for a few years been a subject of discussion in Poland – deem the perspective as a depreciating reflection of anthropocentrism, that is the assumption that the earth should be subdued by the man.

The tendency to infantilise animals (think: the animal memes and gifs, calling animals “little”) is harmful as it diverts our attention from the fact that we have never been killing so many animals before. On the other hand, the society has never been more aware of what’s happening to them. I mean the factory farming, the hunting, pushing animals out of their habitats by residential development and highways. These are the real problems dealt with by animal rights activists and the media, which are more than ever willing to report cases of animal cruelty,  says Cyrzan.

The anthropomorphic episode is not to be an attempt at social activism – it is an art project based on a certain concept transformed through symbols and artistic means. The director of this episode is going to be Jan Klata, who is rarely willing to participate in art projects outside the theatre. His last project to have been shown in the public space of Gdansk was H, which was staged in 2004 at the former Gdansk Shipyard

The event will be held at the Harcerska Baza Obozowa Morena scout campsite located next to a forest. The venue was built in the 70s and has retained it original character. Admission by tickets.

Seeing the campsite covered in snow, we thought we’d been teleported to a Twin Peaks. A devout fan of Lynch, Klata immediately got hang up on the thought. In the spring, the base becomes a busy place. Robert Pasymowski, who is in charge here, looks after the animals: the wild hogs residing on the hills, Gregory the deer walking among the cottages, some lizards and badgers. It is a sanctuary among new gated communities. The place has a fence around it, but the dividing line between the camp and the forest is unclear. The base undergoes forestation, and the forest literally penetrates the place, says Cyrzan.

The anthropomorphic episode will be a chance to look at animality as an inherent part of the man – the human animal. Ritualism, meatiness as used by both butchers and philosophers, turning the tables on humans being cruel to animals – their victims, the radical empathy towards nature which makes it impossible for some people to function in the more and more brutal world – these are the questions we address working on the current episode,’ says Cyrzan.

Combining music, video art, theatre, performance, and other genres, EPISODES is a new series of cultural events, organised by the CCI. Each of the episodes is going to be a site-specific project reflecting the genius loci of a place. Each of the episodes is going to be a one-time, one-of- a-kind artistic intervention in a selected space, and its character will depend on its theme. The episodes are going to deal with our bodily functions and emotional states, with phenomena that are hard to define yet real. Translated into the language of music, art, and performance, they will be built into interesting architectural, historical, and environmental contexts.

Jan Klata – theatre director and playwright; from 2013 on – the director of the Helena Modrzejewska National Stary Theatre in Krakow; recently – one of the prominent theatre creators in Poland. He has staged over 30 plays in theatres in Wroclaw, Gdansk, Bydgoszcz, Cracow, Warsaw, Graz, Düsseldorf, Bochum, and Berlin. He has won the Paszport Polityki award (2006), the Konrad Swinarski award presented by the Teatr monthly (2008), and the Golden Yorick – the award presented during The Gdansk Shakespeare Festival (2015). 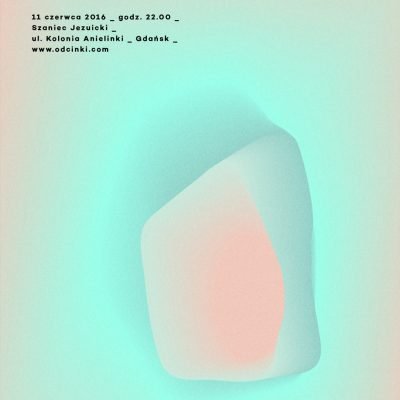